The parent of a 12-month-old patient called my office recently and talked to one of my nurses. I had put the infant on antibiotics the previous day for an ear infection, and the baby woke up with a rash. The parent asked if we should diagnose the baby with an amoxicillin allergy and switch her to a different antibiotic. The answer was no. Instead, I saw the baby and determined she had a heat rash from the fever that had accompanied the ear infection.

It is difficult to diagnose drug allergies for a number of reasons. First, children commonly get rashes from viral infections and other causes (fever, insect bites, etc). Second, allergic reactions can manifest themselves with a variety of skin findings, some of which are hard to “pin down” as being allergic in nature. Third, most drug allergies can not be diagnosed by skin testing.

Over the years, I have seen a number of patients who were diagnosed with a drug allergy based on a phone conversation. This is not a good idea for two reasons. First, it is difficult to describe a rash over the phone. Second, given the importance of labeling a child as being allergic to a medication, doctors should have all the facts before making this determination.

Unfortunately, real life can complicate this process. Unless a child is having a severe reaction, it is problematic to send the family to an emergency room in the middle of the night to be assessed for a possible drug reaction. When you see the child the following morning, the rash may have disappeared or faded so much that it is impossible to make a diagnosis. However, because most people have cell phones days, taking pictures of the rash when it was at its worst may help in this situation.

If your child develops a rash while taking an antibiotic (or other medication), she should be seen to confirm or “rule-out” an allergic reaction. If your healthcare provider attempts to make a phone diagnosis, you should insist that the child be seen.

The most common reason children need eye drops is to treat conjunctivitis due to infection (pink eye) or allergy. The proper way to instill eyes drops involves the following steps:

Infants and young children are usually uncooperative when it comes to having drops put in their eyes. With infants, parents can usually accomplish the task if one person opens both the upper and lower eyelids while the other instills the drops. Toddlers and preschoolers are impossible to coerce so the technique that works best with this group is to ask them to lie back with their eyes closed. You then place two drops on the closed eyelids nearest the nose. Once the drops are in place, ask your child to blink, which allows some of the medicine to enter the eye. If you’re not opposed to giving your child a treat, you can increase the odds of success by promising him something tasty if he cooperates. 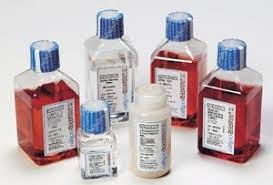 In the first few days of a cold, the mucus coming out of your child’s nose will usually be clear. By the third or fourth day, it’s common for nasal mucus to turn yellow or green. Parents may misinterpret this to mean the child has a bacterial infection. The reason your child’s mucus turns color is because her body’s defenses begin to kill the virus. As white blood cells “ingest” viral particles, they die and mix in with the clear mucus creating the yellow or green color. This process will go on for three or more days until the viral infection is eliminated. Doctors become concerned about sinus infections if a child is very sick or if the infection goes on too long (usually more than 10 days) regardless of the color of the nasal mucus. In addition, recent evidence has shown that most sinus infections resolve on their own without antibiotics. However, some children will need antibiotics so you should discuss the pros and cons of medication with your doctor.